Only after arriving at the base camp, and after almost finishing to set up the camps, they enjoyed a time the Koreans and the Sherpas introduced each other.  It was to the organizational companies who take part of arranging the expedition, that is, who join as guides, cooks, and other staffs, which food they need to buy at Kathmandu or along the way to the base camp, and so on.

The Sherpas were four: two of them were my Spring team's staffs, one were the leader's in 2007, and another was a person recommended by another Korean mountaineer. 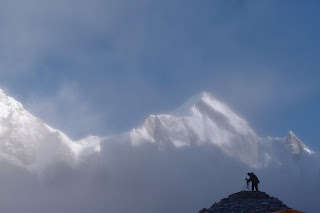 In a morning at the Everest base camp.  Lingtren shines behind a cameraman 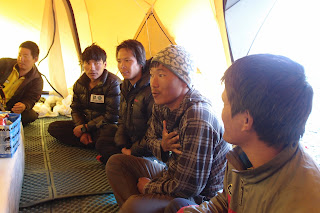 the Sherpas and the Koreans having time to introduce each other, at the early stage of the expedition period 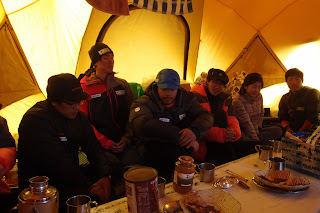 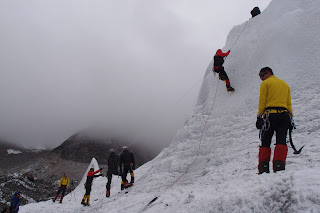 Before going into the mountain, Koreans with Sherpas have trained climbing skills at the glacier near the base camp 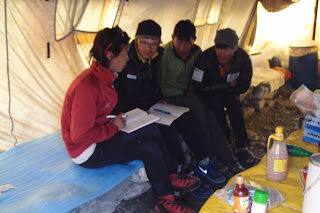 Sherpas at the kitchen tent