Climbing up to the mountain was quite different from that of in Spring.

At first, there were only four teams at the base camp, compared to more than sixty teams in the last Spring season.  The teams are: a Polish team of six, with two -- a Russian and a Romanian -- individuals, climbing Lhotse; a Japanese team of thirteen, but only three of them would climb up to Camp two and only one climb the Hornbein-Couloir (West Ridge) in solo (others are camera staffs), the SPCC team of four, and the Korean.

The Korean team planned to climb Lhotse as well, for various reasons: Everest and Lhotse share the route up to just 100 meters below (around 7750 meters above sea level) the last camp; The fee for the lower peak is much cheaper.  I was the person who supposed to climb Lhotse.

This is why the Koreans and the Polish agreed to make the route above the Camp two together.  Although of course Sherpas are their first manpower to make the route, other members who were not supposed to fix the rope were to carry quite a lot amount of luggage up to higher camps.

The second reason is cold.  In contrast to the Spring season, the temperature gets lower as expedition progresses.  This means that if you go higher, it be much colder than the other season.  It proved much more difficult for strong winds and freezing temperature. 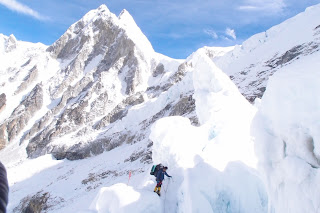 A climber on the scary Khumbu icefall 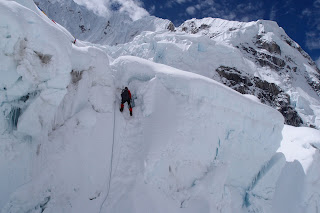 Climbing up a section of the Khumbu icefall 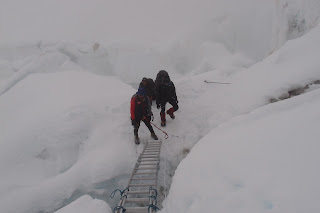 Crossing scary ladders over countless crevasses at the Khumbu icefall 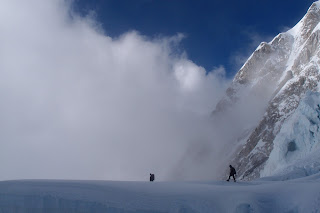 Climbers right below the camp one 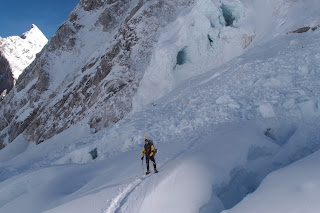 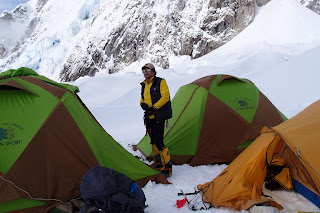 At the Camp one. 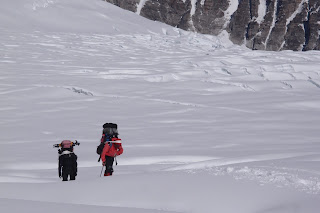 Sherpas carrying loads to the camp two, on the Western Cwm. 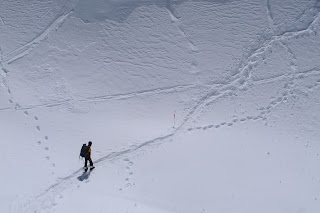 A climber on the Western Cwm 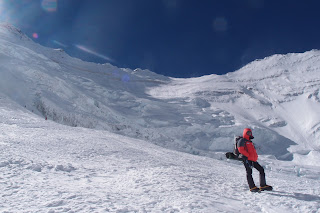 A climber at the foot of the immense Lhotse face 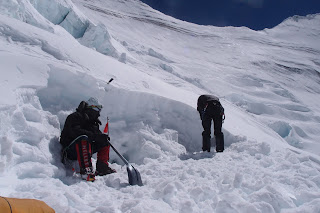 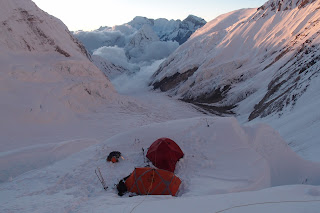 The Polish tents at the camp three, 7,200 meters high. 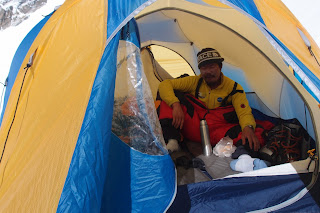 In the tent of the camp three (myself) 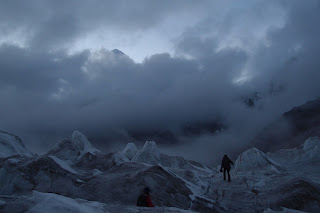 Climbers going back to their base camp, where every hot things - food, water, tents, and people.  However, it was like a maze as not a few climbers lost their way here in Khumbu glacier