Trekking up to the camp may take seven to ten days.  The journey also have been regarded as a good way to acclimatize the climbers' body for staying in such a high place.

People would say the airport is among the scariest in the world.  Indeed at least three accidents have occurred during landing or taking off from this airport since 2000.

It has been built 1964 by sir. Edmund Hillary, who reached the top of the highest mountain in 1953 firstly with Tenzing Norgay Sherpa.  Then, it was initially planned to be built inside of the valley.  However, the anthropologist James Fisher, the volunteer for building the airport, found to build on the hillside safer than otherwise. 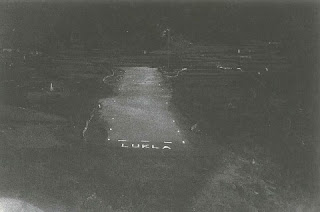 Lukla Airport in 1964 (From J. Fisher 1990, Sherpa: Reflections on Change in Himalayan Nepal) 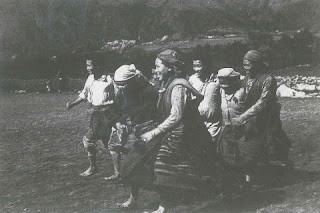 Sherpa people hardening the runway in 1964 (From J. Fisher 1990, Sherpa: Reflections on Change in Himalayan Nepal)


Nowadays it elongated to 460m long.