Someone asks: "How do you prepare, or fit your body for climbing such a mountain?"  This is also, I'm sorry but, a meaningless question.

Mountaineers do not climb only or mainly because they finally want to go up to such a high mountain.  They like climb, to the contrary, so they would finally climb such a high mountain someday.  They have not been climbing for so many hours and days with such a specific reason to climb a certain summit.  This is why such a tourism called "7 summits" is censured by many mountaineers as "peak baggers".

Of course, they usually spend an unbelievable amount of hours to prepare a trip to a mountain: planning, conditioning, equipment, food, partners, clubs, family, money, books, and so on.  But it is not the point that they 'make' their body fit to climb a prominent mountain.  I would rather say, their body is already being made before they choose whatever mountains.  Not the mountain that calls him, but the body, or the soul does.

They wouldn't be sure even to the final hours whether they really want to go.  There is no assurance.  No clearance.  Philosopher Martin Heidegger once said: "Things open up their own world."  Only their is a calling, calling from, people say, the nature, the mountain, or the spirit.  Mountaineers named it differently, but Koreans have a beautiful one: mountaineer's sympathy. 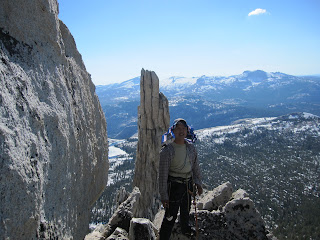 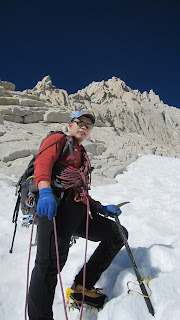