Initial Travel to the Sherpa Village

The plan of conducting my anthropological fieldwork is composed of moving between places, following people.  The people I hope to follow is the Sherpa whose hometown is Walung, one facture of Sankhuwasabha, Northeastern Nepal.  Many of the Sherpa men have worked as Himalayan guides, and they, sometimes with their 'close' family members (wives and children), move back and forth between their village and the homes in Kathmandu.  They join expeditions taking months every season, preparing and climbing high mountains such as Mt. Everest, Mt. K2, Mt. Manaslu, or other lower mountains.

Roughly speaking, anthropological study focuses on understanding from the people's standpoint, not from the outsider's view.  To answer the question -- What is mountaineering -- if you only accord to the Westerner's definition, I would say, it simply fails to grab the meaning of the sport.  On the other hand, if you do not see the sport on the favor of the Himalayan guides, your understanding of the Sherpa life is only but limited--This is the base of my counter-argument to the previous studies on the people.

Mountaineering, as you might have guessed from my description from the standpoint of the Koreans so far, is a collective sport, of the "members", of the friends of the club, of the members of the communities of mountaineering, of the people in the country.  A summiter's glory arises from and within the circles of the societies -- it is NOT identified with, coming up solely from, the person who focused.

I have left from the busy mega city, Seoul, after one and half months of stay.  The stay was chaotic: for an Everest-climber it was difficult even to sit on a chair focusing on to write about any topic, not to mention talking and meeting many long-time friends.  The one and half months stays at the hometown itself may be a long story which changed my life as a whole.

Coming back to Kathmandu alone was to me, the person of many times experiences of Nepal, very new.  Making a non-tourist visa from the governmental bodies was the first obstacle: I had to spend one entire week and tens of US dollars in order to "work faster" (bribe) the officials.  "Newar people do ANYTHING if they can make money," my Sherpa friend condemns.  Only I guess the ethnic identities and politics among the Nepalese.


Also "Chaotic" for the novice anthropologost, driving in the Kathmandu city

I left from the confusing capital to the Makalu area.  I knew I would stay no more than two weeks in the initial visit, I could not stand to wait for experiencing the village life.  Walking (almost like climbing) into the village itself was too tough, however.  "Zethi" Tendi Sherpa, one Sherpa I hired at the spring expedition to Mt. Everest, guided me throughout entire the first trip into the mountain.  It was very, very surprising, interesting, and fruitful experience to me. 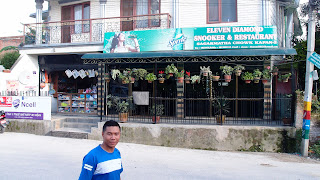 "Kancha" Pasang, at the "snooker" in Kapan, Kathmandu, Nepal.  The snooker is such a
social club of Makalu Sherpas. 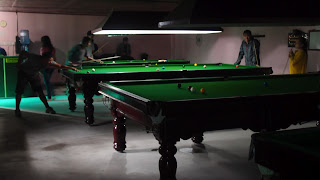 The snooker in Kapan.  Many Sherpa from the village as well as other villages gather this place especially in pre-seasons. 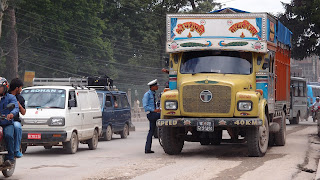 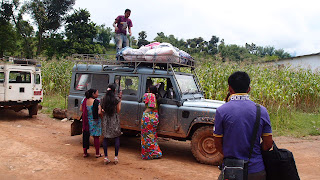 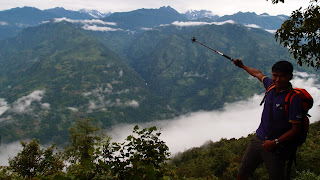 With "Zetha" crossing the Arun Nadi (river) into the Walung area